For the 15th year in a row, pro-polygamists are celebrating on August 19, the official and trademarked date of Polygamy Day ®.

The news report of today’s celebration sent to the media is at
Pro-Polygamists Celebrate 15th Annual ‘Polygamy Day’.

Details of the previous year of many news items affecting polygamy is at
August 19, 2015, is Polygamy Day 15

Happy #Polygamy Day ® – SEE http://t.co/NimUFydqvD for last year's advances. It has been a fantastic #PolygamyDay! pic.twitter.com/Bgr1M9ecIV 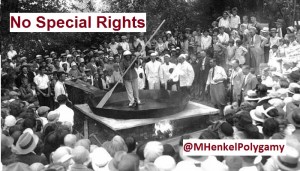 Wanting to abolish Marriage Control is the LITMUS TEST to prove who are TRUTHFULLY Conservative or Libertarian. All others are anti-liberty!

#Conservatives & #Libertarians who do not want to abolish #MarriageControl are NOT what they pretend to be. Such fakers are just #Liberals! 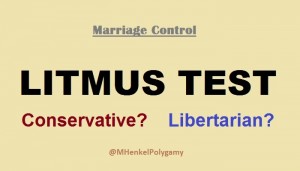 In 2010, Mark Henkel initiated a program of video-recorded speeches presented before non-polygamous audiences. In the Fall of of 2011, a new youtube channel was created, MarkHenkelPolygamy.

Are you looking for some pictures?  Would you like to see some vidcaps from polygamy speeches?  Do you need some shareable tools to pass on memes to spread our message?

Ever since the early 2000s,  the official Pro-Polygamy Articles ™ Archive has been keeping an ongoing record of important news events for the UCAP (unrelated consenting adult polygamy) movement.  The archive has been a service provided by the media-distribution site, Pro-Polygamy.com.

When you’re doing research on the movement and its recent history, be sure to check out the official…